The patients’ advocacy movement began in Japan shortly after the end of World War II.

Their ire was focused on corrupt staff members, leading to the formation of organized patients’ groups locally and nationwide.

The traumatic outcry for help from the Nanbyo patients moved the mass media and society at large, leading to an overhaul of the Japanese social welfare system.

The aim of this grassroots movement was to improve the Q.O.L. (quality of life) for the less fortunate Nanbyo sufferers.

They published newsletters recounting their struggles.

Our organization makes the newsletters public in support of the Japanese social security system.

The roots of the Patients Advocacy Movement will always be foremost from the view of Nanbyo patients. 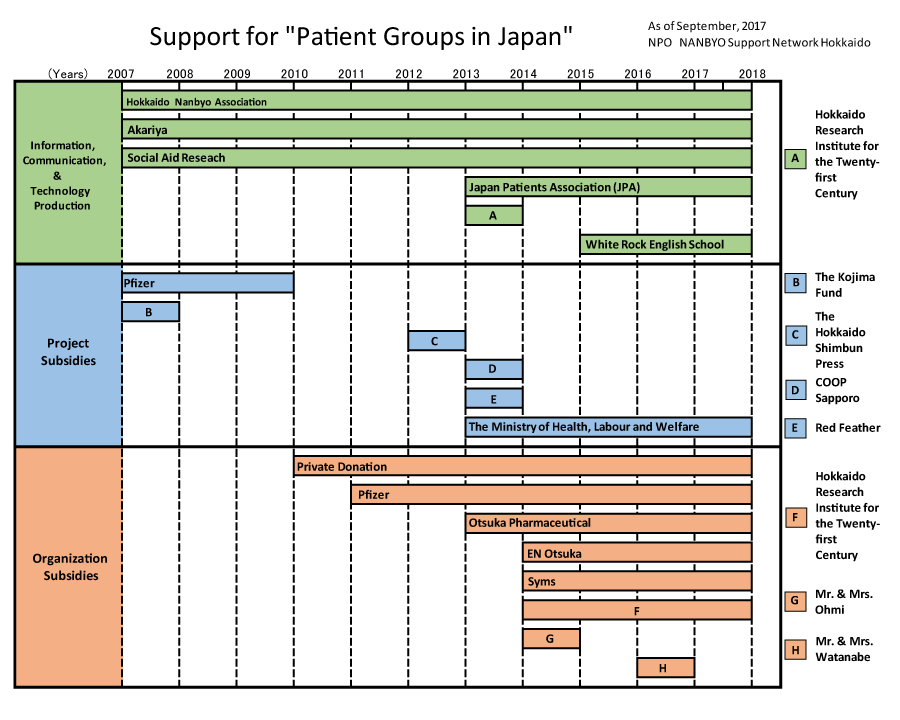